Gloomhaven: Jaws of the Lion (Inglés)

Gloomhaven: Jaws of the Lion

You are a member of “Jaws of the Lion”, one of the most infamous mercenary groups in this run-down backwater city of Gloomhaven. When a sinister cabal starts disappearing the less fortunate of the city, it somehow falls to you to get to the bottom of it….so long as you get paid for your trouble. 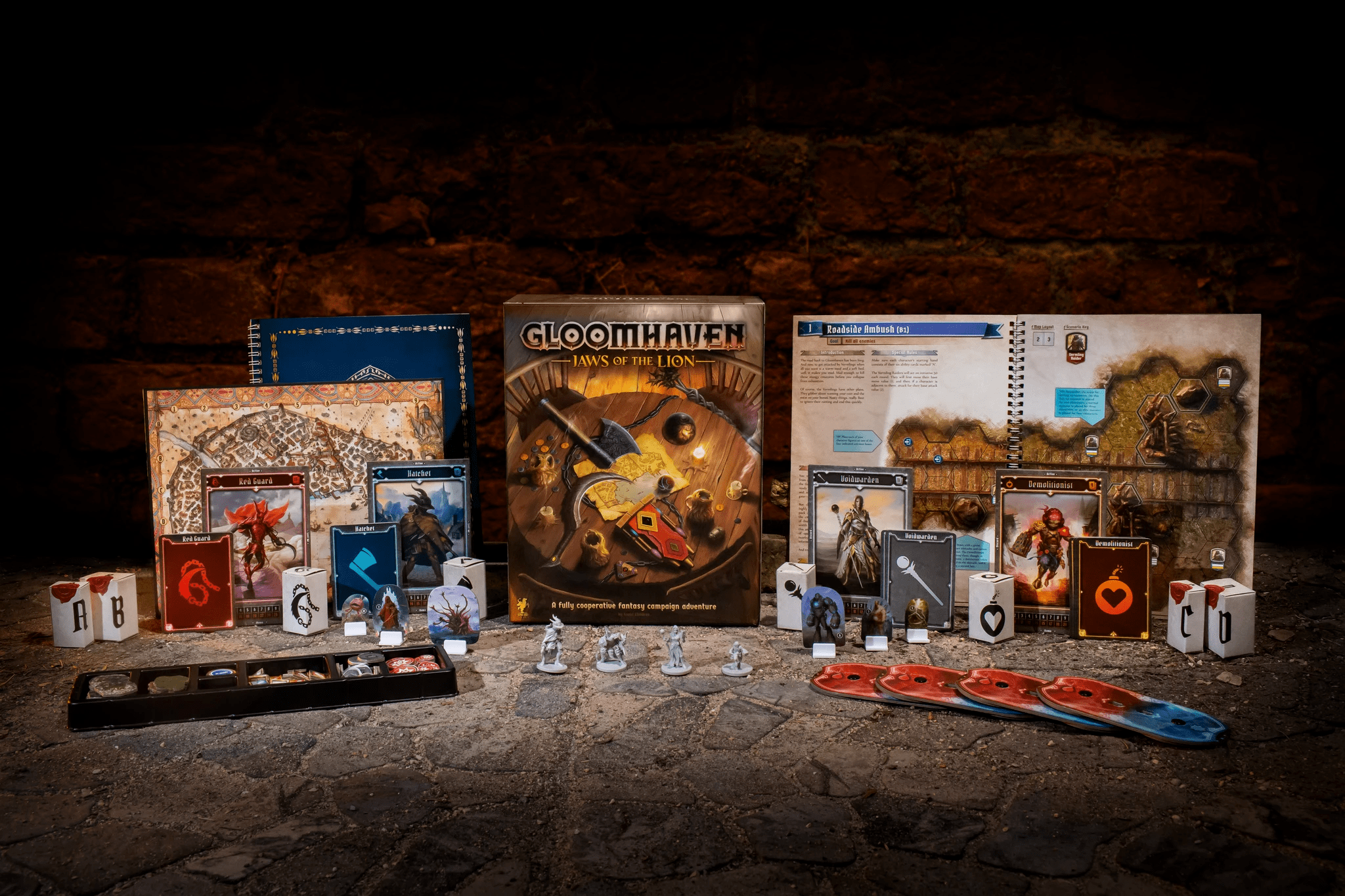 Gloomhaven Jaws of the Lion is a fully stand alone, and cooperative, campaign game of tactical combat set in the same unique fantasy world of it’s #1 rated* predecessor Gloomhaven.

Players will assume the roles of 4 new hardened mercenaries and work together to fight through a new prequel campaign full of choices, challenges, and twists.

New built in tutorials, learn-to-play guide, and play-surface scenario books allow players to jump into the action more quickly and easily than ever before.

Gloomhaven: Jaws of the Lion is a standalone game that takes place before the events of Gloomhaven. The game includes four new characters:

That can also be used in the original Gloomhaven game.

The game also includes 16 monster types (including seven new standard monsters and three new bosses) and a new campaign with 25 scenarios that invites the heroes to investigate a case of mysterious disappearances within the city. Is it the work of Vermlings, or is something far more sinister going on?

Gloomhaven: Jaws of the Lion is aimed at a more casual audience to get people into the gameplay more quickly. All of the hard-to-organize cardboard map tiles have been removed, and instead players will play on the scenario book itself, which features new artwork unique to each scenario. The last barrier to entry — i.e., learning the game — has also been lowered through a simplified rule set and a five-scenario tutorial that will ease new players into the experience.

out of the Sleeping Lion, naturally – players will be embodying.

This starts with a basic scenario where players use a hand of 6 very simplified cards to move and attack a single room of enemies that don’t even have an ability deck. It then gradually progresses until players are playing through full scenarios with all of the rules. Plus, we have a lot of data on all the pitfalls new Gloomhaven players fall into, and we can make sure the learn to play guide emphasizes the proper way to play for each. And, of course, we will have another comprehensive glossary of rules that people can reference after they’ve gone through the learn to play guide.

There are still city events where players can make choices and endure the consequences, but the campaign will take place entirely within Gloomhaven, so there are no road events and the map is much smaller.